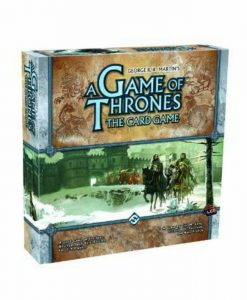 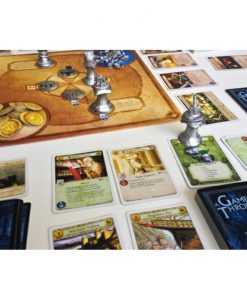 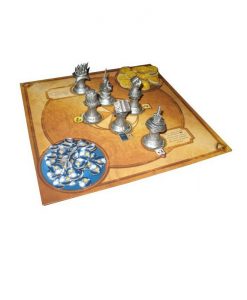 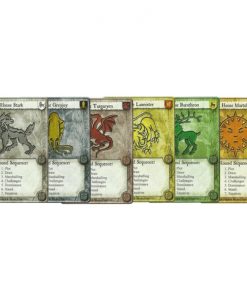 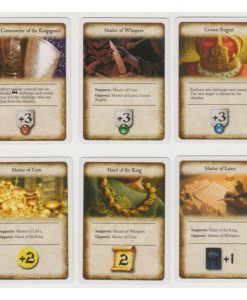 This is a game of epic battles and intrigue and betrayal for 2-4 players.
Players vie for the Iron Throne as one of the six Great Houses of Westeros using
their favorite characters from George R.R. Martin’s A Song of Ice and Fire
novels in military, intrigue and power challenges. Across the Seven Kingdoms,
the Great Houses of Westeros struggle to control the Iron Throne. As the
influential House Baratheon, honorable House Stark, treacherous House Lannister
and fierce House Targraryen all vie in a life-or-death struggle for the future
of the realm, dark and supernatural forces amass outside the kingdom’s defensive
wall. Winter is coming. Do you have what it takes to emerge victorious in the
only game that matters, A Game of Thrones? Whether you own only the Core Set, or
you’ve collected every chapter pack available (or anywhere in between!), you’ll
find AGoT:tCG to be a deep and satisfying contest of wits for yourself and up to
three friends (it’s even possible to play with up to six players, as explained
below!). Game Contents: Game Board Rulebook 6 Plastic Title Markers 6
Multi-player Reference Cards 60 Power Counters 44 Gold Coins 6 House Cards Four
52-cards Decks Age 14+ for 2 – 4 players Playing time: 1 – 2 hours

Be the first to review “A Game of Thrones Card Game: Core Set” Cancel reply