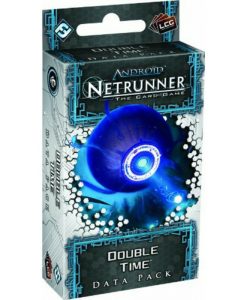 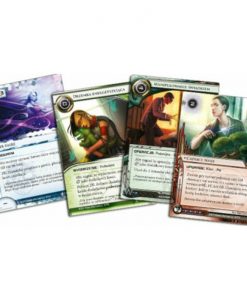 Double Time is the sixth and final Data Pack in the “Spin Cycle” for Android: Netrunner, and it introduces a handful of powerful Double events and operations. Doubles all require their owner to spend a click to play them, in addition to their normal costs, meaning theyâ€™re high-risk gambles in a game thatâ€™s as full of bluffs, counter-bluffs, risks, and gambles as Android: Netrunner.

Still, if you play them right, these Doubles can offer tremendous rewards. In Double Time, youâ€™ll find a significant focus on these events. Twenty-one of them are mixed into the Data Packâ€™s sixty new cards (three copies each of twenty individual cards), along with new hardware, programs, ice, upgrades, and more. Will you sacrifice versatility for raw power? Itâ€™s time to Double down!