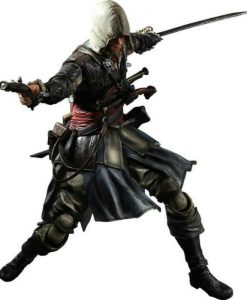 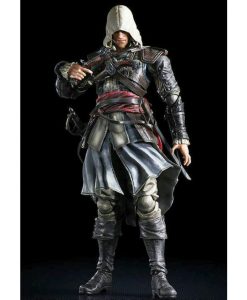 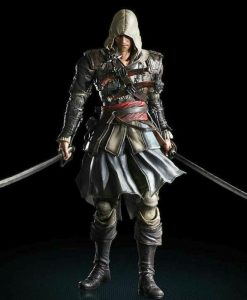 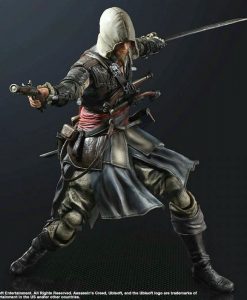 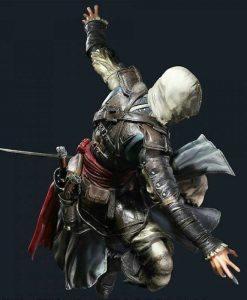 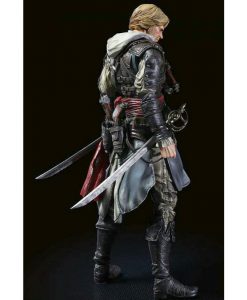 This figure fully brings out the personality of Pirate and Assassin Edward Kenway, hero of Assassins Creed IV Black Flag, featuring the series iconic white hood as well as his leather armour, long boots and formidable arsenal of weaponry, all rendered beautifully in three dimensions.
Edwardâ€™s cowl is made from special soft materials and can be worn up or pulled down to expose his head. The figureâ€™s wide range of motions allow for an endless variety of poses, letting you recreate his pirate battles and assassination missions straight from the game as he demonstrates his dauntless bravery and frightening power.