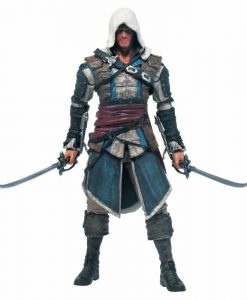 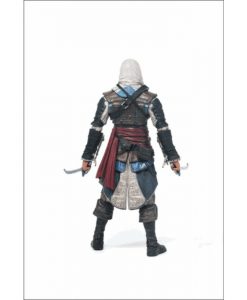 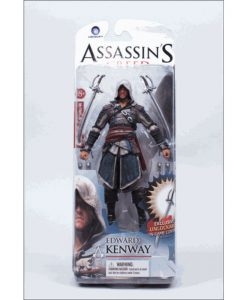 The Assassin’s Creed saga continues with Assassin’s Creed IV: Black Flag. Set in 1715 during the Golden Age of Pirates, Black Flag puts players in the boots of Connor’s grandfather, Edward Kenway. Edward is a fearsome young captain whose exploits earn the respect of pirate legends like Blackbeard, but draw him into an ancient war between the Assassins and the Templars. This pirate-themed world will be the most diverse Assassin’s Creed world ever created. Our Edward Kenway action figure features him in his pirate Assassin outfit, complete with long jacket, hood, and skull-shaped buckles. Figure has 27 points of articulation, and comes with two swords. Measures 6-inches tall. Ages 3 and up.