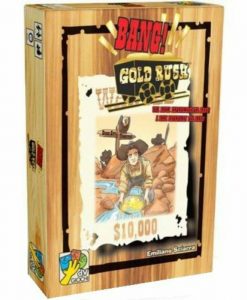 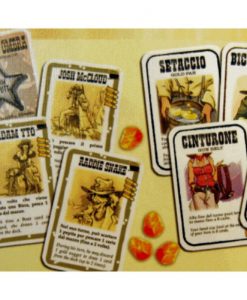 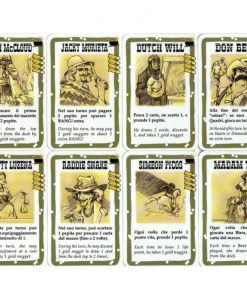 Bang! Gold Rush is an expansion for the card game Bang! that can be used with the base game alone or mixed with other expansions. In addition to featuring eight new characters, Bang! Gold Rush adds two new mechanisms to game play:â€¢ Players can collect gold nuggets to buy equipment, with the equipment giving your character new abilities and you the chance to develop new strategies. Even when a player is shot down during the game, he can come back to play with the Shadow Gunslinger variant. When that dead player`s turn comes around, he temporarily re-enters play and takes his turn as if he were alive, now giving an eliminated player the chance to affect the outcome of a game. Look out for shots from beyond the grave!