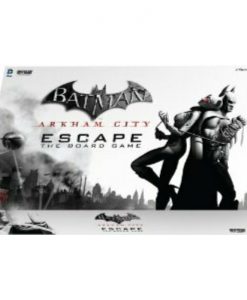 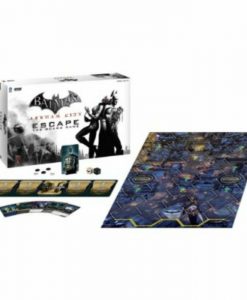 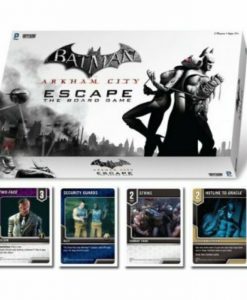 Batman Arkham City Escape is a two player game that pits Batman against all of his greatest foes as they try to escape Arkham!
In this game, one player represents Batman, and the other player represents the rogues gallery that Batman has fought in the past. The player controlling the Arkham inmates earns victory points by helping the villains escape Arkham, while the Batman player gains points by apprehending his rivals before they make it out of the city. The first player to earn 10 Victory Points is the winner!
Game Contents