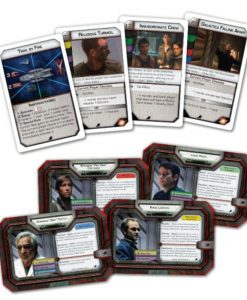 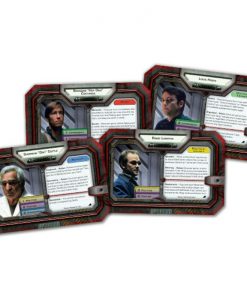 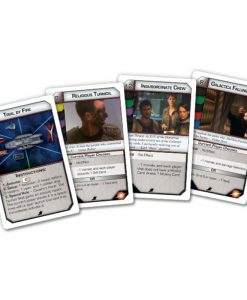 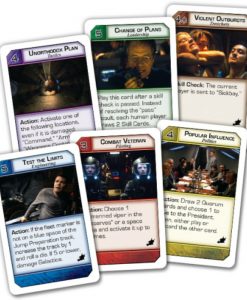 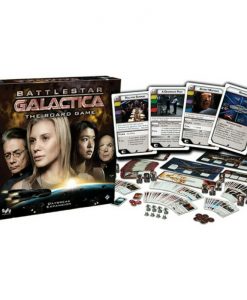 The Daybreak expansion for Battlestar Galactica: The Board Game brings humanityâ€™s plight to its gripping climax. With two supplemental game boards and hundreds of cards and tokens, Daybreak invites players to undertake desperate missions, struggle under the constant threat of mutiny, and bargain with Cylon Leaders driven by motives of their own! New Characters, Crises, and More… Daybreak introduces twelve new character sheets, thirty new Crisis cards, twenty-five new Skill cards, and much more. Patch your fellow crew members up as the crotchety Doc Cottle, or argue your way out of a tight spot as the clever Romo Lampkin. Push your viper to its limits as Hot Dog, or take the com as Lieutenant Louis Hoshi. Do you prefer to stand against the humans? Daybreak also features four new Cylon Leaders, including the cunning and charismatic Dâ€™Anna Biers. http://www.fantasyflightgames.com/edge_npm_sec.asp?eidm=191&esem=1