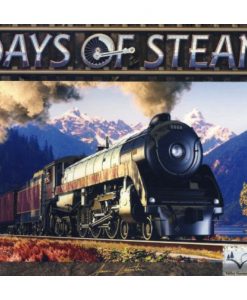 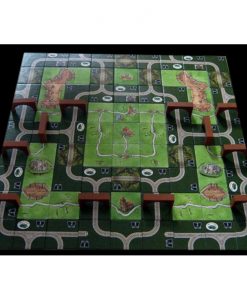 Days of Steam is a train game set during the “age of steam.” Players lay track to create routes between towns and by moving their trains will transport goods to the next town. Days of Steam is not a complex game and dispenses with the serious minded economic elements of heavier train games. The game combines tile laying (the tiles forming the routes) with an easy resource management aspect: a player needs to maintain his train`s Steam if he is to deliver the goods. Each track tile that is added to the board increases a player`s steam on his train, thus giving the player the ability to move his train on subsequent turns. Players can then move their trains from town to town but be careful, go too fast and you could derail sending you back to where you started! Designed for two to four players aged ten and over, Days of Steam can be played in an hour.

Be the first to review “Days of Steam” Cancel reply