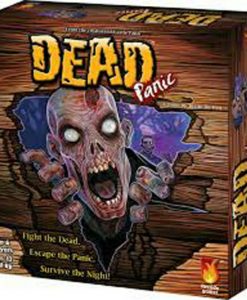 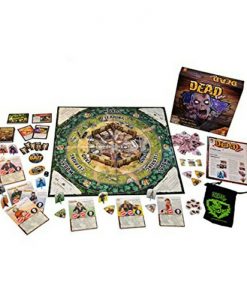 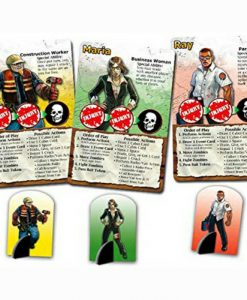 The zombie apocalypse has begun, and you and your friends take on the roles of various characters who are all working to survive.In Dead Panic, players start inside a Cabin, located in the centre of the board, and Zombies work their way toward the Cabin from the edges of the board. Players search the Cabin for items and weapons, fight off waves of Zombies, and repair damage to the Cabin walls.Over time, other Survivors attempt to reach the Cabin, bringing with them pieces of a radio that the players need to contact the rescue team. Once the rescuers arrive and take up a position on the board, it`s up to each player to make a break for it, leaving the safety of the Cabin to get to the rescuers before the Zombies overtake the players. If a player takes too much damage during the fight and dies, she returns to the game as one of the undead, chasing down her former allies.Can you survive Dead Panic ?

Be the first to review “Dead Panic” Cancel reply