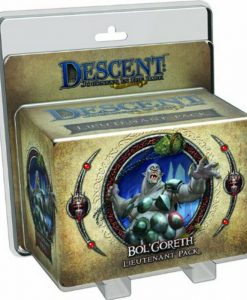 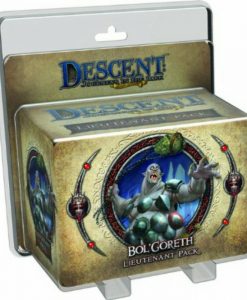 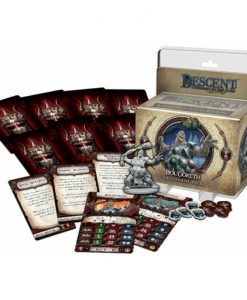 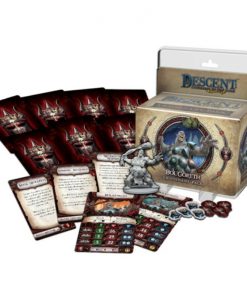 A hulking figure, tainted with evil, is emerging from the murky depths of the Valdari Swamp, spreading pestilence and plague wherever he steps. Bol`Goreth, who originally appeared as a new lieutenant for the Overlord to control in the Trollfens expansion, now appears in this standalone expansion â€” Descent: Journeys in the Dark (Second Edition) – Bol`Goreth Lieutenant Pack â€” to allow him to be used without having to play the Trollfens campaign.

In addition to including a sculpted plastic figure that can replace the existing lieutenant token, this Lieutenant Pack introduces the “Raging Infection” Plot deck of specialized cards, which can be triggered during encounters by using deadly new threat tokens.