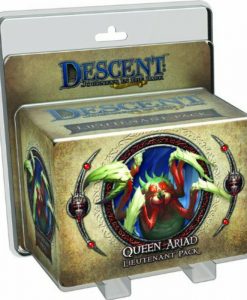 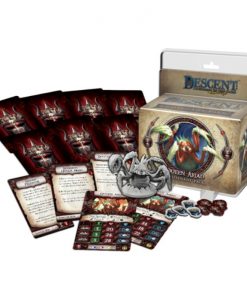 Players can bring lieutenants to life with Lieutenant Packs for Descent: Journeys in the Dark Second Edition. The Queen Ariad Lieutenant Pack replaces the lieutenant token for one of the overlord`s deadliest agents with a detailed, sculpted figurine. Depicting Queen Ariad in spider form, this figure truly places her on equal footing with Terrinoth`s greatest heroes. Moreover, the overlord can harness Queen Ariad`s sorcery in any campaign with her personalized Plot deck and can summon her as an agent in any campaign outside of Labyrinth of Ruin.