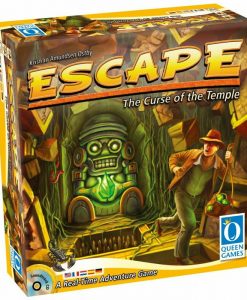 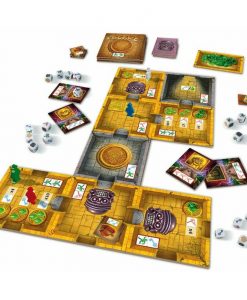 Escape Curse of The Temple Board Game

Escape Curse of The Temple Board Game

Escape: The Curse of the Temple is a cooperative game in which players must escape (yes…) from a temple (yes…) which is cursed (yes…) before the temple collapses and kills one or more explorers, thereby causing everyone to lose. The game is played in real-time, with all players rolling dice and taking actions simultaneously. The real-time aspect is enforced by a soundtrack to be played during the game. At certain points, a countdown starts, and if players aren`t back in the `safe room` when time is up, they lose one of their dice. Escape: The Curse of the Temple includes two expansion modules, Treasures and Curses that can be used individually or together, increasing strategic gameplay value.