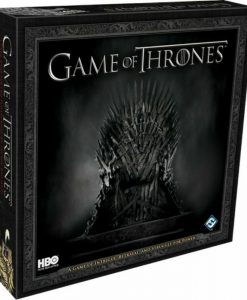 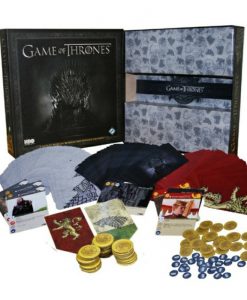 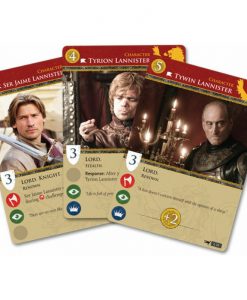 Based on the epic HBO series, Game of Thrones is a card game in which two players wage war in the fields of Westeros and conspire to crush their opponents at court in Kingï¿½s Landing.
Box Contains 2 x 50 card decks 1 x rules sheet

Each deck includes the showï¿½s most recognizable characters and locations Features evocative images from the show Streamlines the rules for the popular Living Card Game, making it more accessible to a wider audience Players 2 Product is not compatible with the Living Card Game