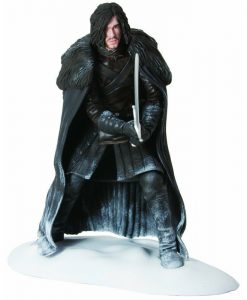 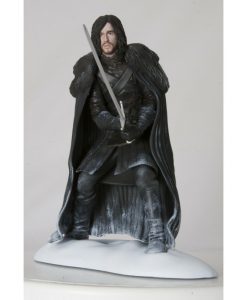 High-quality figures based on the Game of Thrones tv-series!
These figures are non-articulated, and are packaged in a window box. The first two characters in the series will be Daenerys Targaryen and Jon Snow, both standing at 7.5″ tall. Jon Snow is the bastard son of Eddard Stark, by a mother whose identity is a source of speculation. He was raised by his father alongside his true-born half-siblings, but joins the Night’s Watch when he nears adulthood. He is constantly accompanied by his albino direwolf Ghost.