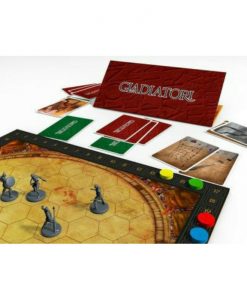 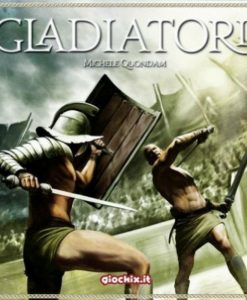 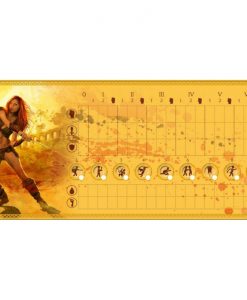 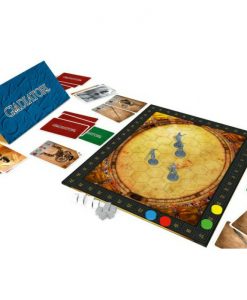 During the Roman Empire, gladiator combat was the most popular form of entertainment. Fighters from all parts of the Empire were included in the shows, including female gladiators, wealthy Roman citizens and in some cases, even aristocrats. Now the time has come for you to gain the immortal glory of the Arena. Fight for your honor, for fame, and for your life!Gladiatori is a card-driven game in which each player assumes the role of a gladiator in the Ancient Roman Empire. Action selection drives figure movement on the board. Combat cards give energy to the character actions and are used as hit points. Characters are customizable, and each player has to choose his deck composition, character skills, and participate in the auctions for Arena items. At the end, the winner will be determined by victory points or simply by being the only one left alive!This is not the usual fast face-to-face combat game where you attack opponents with a roll of dice. It contains many strategic-tactic aspects and no luck factors (excepting solo playing ofc). Customization of characters makes the combat always different: you can be the strong gladiator against some opponents and the worse against others. Let`s start to find your way to win!

Be the first to review “Gladiatori [German Version]” Cancel reply