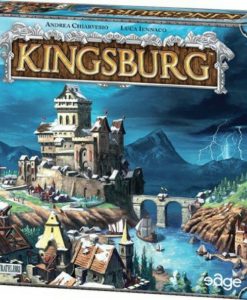 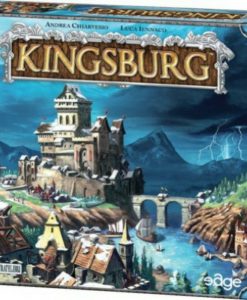 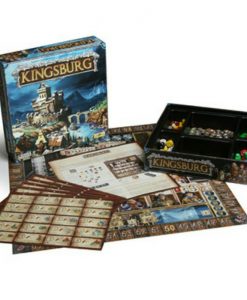 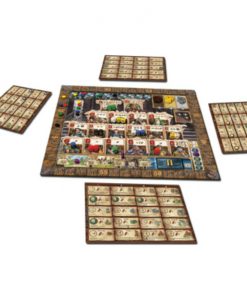 The realm of Kingsburg is under attack! Monstrous invaders are gathering at the borders aiming to invade and plunder the realm! Your king has chosen you to take charge of a province on the border: you will manage your province and help defend the realm. To accomplish this you must influence the King`s Advisers and the Royal Family to obtain gold wood stones and soldiers to expand and defend your lands. But you are not the only governor seeking the aid of the advisers! The other players also seek to collect the best resources for their own territories. Can you outwit them to get what you need? Building a new statue of the King will certainly please him but your soldiers also need new barracks and the master of the Merchant`s Guild wants you to build a new market! Can you neglect your defense long enough to expand your economy instead? Will you train more soldiers or build stronger walls? The choice is up to you! In the end only one Governor will earn the King`s rewards uncountable. Will that Governor be you?