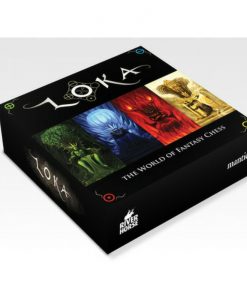 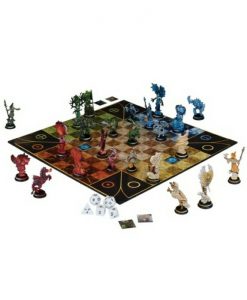 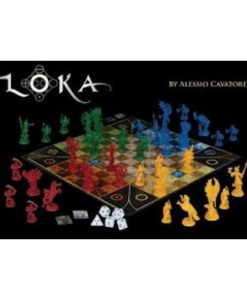 Loka: A Game of Elemental Strategy

LOKA is a fantastically sculpted Chess sets and a brand new take on playing Chess, brought to you by Alessio Cavatore`s River Horse and published by Mantic Games.

LOKA is played with fantasy-inspired Chess pieces, each evoking the powerful imagery of one of the four elements.

`At its heart, LOKA uses the rules of Chess, and Alessio has some significant twists in mind in the form of new mechanics:

Choose your army – Each player get to choose which pieces they put onto the board, meaning both players command different armies on the battlefield â€“ do you field a small but elite force with three Queens, or do you go for a mass horde of Pawns?

Fantasy Scenery â€“ Change the shape of the battlefield with movement blocking terrain that alters the path youâ€™ll take into combat.

Dice Driven Combat â€“ a simple and elegant system using eight sided dice adds some unpredictability to combat, placing extra emphasis on strategy and positioning as pieces build in power with support from their comrades.”

Be the first to review “Loka: A Game of Elemental Strategy” Cancel reply