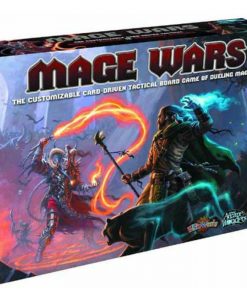 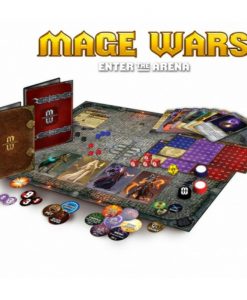 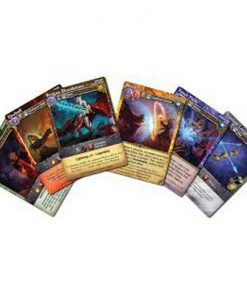 Mage Wars is a tactical board game, a combination of a card game and miniatures game, combining the best elements from each genre. The game is played on an arena game board divided into square areas called “zones”, which regulate movement and the placement of objects. It pits powerful Mages against each other in deadly arena combat. Each Mage uses his own fully-customizable book of spells to achieve total victory over his opponent. Summon mighty creatures to do battle in your name; cast powerful spells to attack your foe and thwart his every plan and strategy; use hidden enchantments to turn the tables and rule the day; adorn yourself with mighty weapons, armor, and arcane artifacts â€“ all of this and more awaits you in the arena of Mage Wars!
Do you have what it takes to enter the arena and battle to the death with the most powerful Mages in the world ? Mage Wars combines the best elements of customizable card games and tactical miniatures games to create a unique,fast-paced, strategic fight to the finish! Fully customize your spellbook from over 300 spells, 4 different mages, and 10 different schools of magic. No random drawing of cards! Players have full control: Each turn, select exactly the spells you want to play from your spellbook. Hidden enchantments create diabolical tricks and nasty surprises for your opponents.Expandable, with dozens of new Mages and hundreds of new spells to come!

Be the first to review “Mage Wars Board Game” Cancel reply