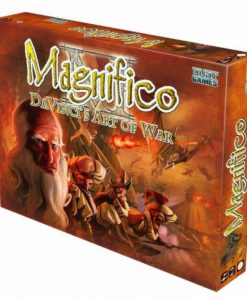 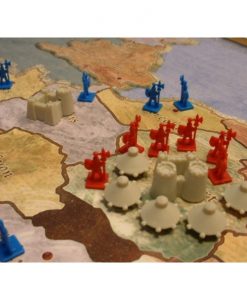 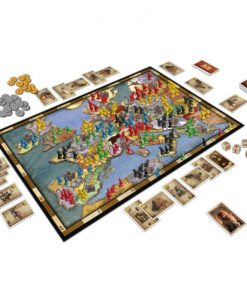 Magnifico is the new strategy game created by the same authors of DUST. Players compete to receive the title of “Magnifico” by attempting to conquer Europe at the beginning of the 16th century. To achieve this, players need to use military strategy, shrewd economic planning, and Leonardo da Vinci`s amazing creations. In ancient time, in Italy, the word Magnifico meant “magnificent” but also “lavish”. This is the reason why “magnifico” is everything and anything Leonardo da Vinci had ever imagined, but “magnifico” is also the player who will succeed in giving life to Leonardo`s inventions. The game board represents a map of 16th century Europe, divided into 32 territories and 4 sea zones.

Be the first to review “Magnifico” Cancel reply