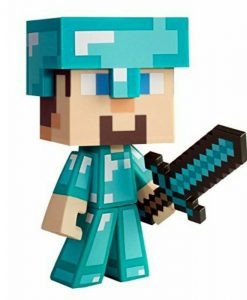 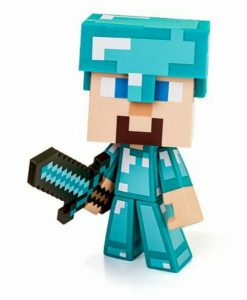 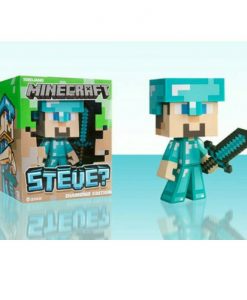 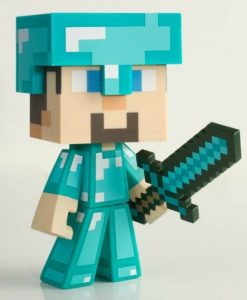 This 16cm Diamond Steve Vinyl Figure will be highly collectable for fans of the hugely popular Minecraft video game. It features a ball jointed articulated head and poseable arms and comes complete with a diamond sword and helmet. Packaged in a window box this figure is highly collectable and is officially licensed.

Steve is the default starting name of the Minecraft character, star of one of the most popular downloadable games of all time.

Minecraft is the award winning game based on building construction. It was initially released as a downloadable app but has since featured on PC and XBOX Live platforms. Its unique and addictive gameplay has led to a legion of hardcore fans being created and the title to date has amassed over 20 million sales worldwide.