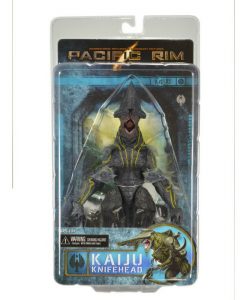 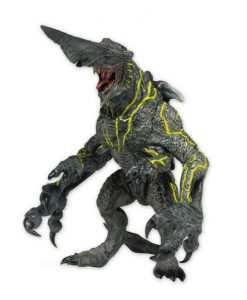 One of the yearâ€™s most anticipated films is Guillermo del Toroâ€™s epic
sci-fi action movie PACIFIC RIM, opening July 12. When an alien attack threatens
the Earthâ€™s existence, giant robots piloted by humans are deployed to fight off
the menace. Series 1 will have a full line of poseable action figures directly
from the film.

Figures stand roughly 7″ tall and are created directly from the
digital files used by ILM in the making of the movie.