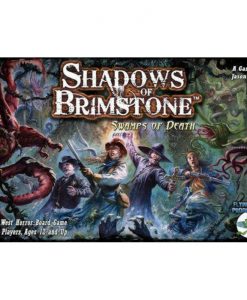 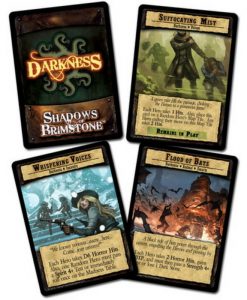 Shadows of Brimstone: Swamps of Death

Load up yer’ six shooter, throw on yer’ hat and poncho, and gather the posse – the darkness is coming, and all hell’s about to break loose in the Shadows of Brimstone! A fast-paced, cooperative, dungeon-crawl boardgame set in the Old West mixed with Unspeakable Horror, players in Shadows of Brimstone take on the role of classic Western Hero Archetypes, such as the Law Man, Gunslinger, or Saloon Girl, then form an adventuring posse to venture down into the dark mines overrun with all manner of ancient demons and foul creatures from another world. No two games are ever the same as the Heroes explore the mines finding new enemies to fight, new Loot to collect, and new dangers to overcome. Players can even discover portals to other worlds, stepping through to continue their adventures on the other side!

Be the first to review “Shadows of Brimstone: Swamps of Death” Cancel reply