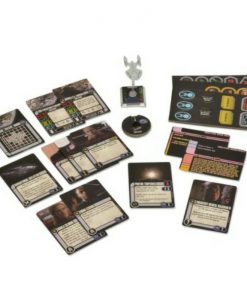 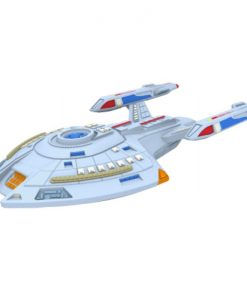 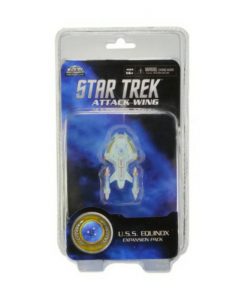 This ship is part of the 3rd wave of expansion packs for the Star Trek: Attack Wing game.

The Equinox was constructed at the Utopia Planitia Fleet Yards and launched in early 2370. By 2371, Captain Rudolph Ransom assumed command of the vessel. The Equinox was a limited role starship, designed for short-term planetary research and boasted a top speed of only warp 8; however, it was one of the first vessels to be equipped with an Emergency Medical Hologram.

In early 2371, the Equinox was pulled into the Delta Quadrant by the entity known as the Caretaker. During the vessel`s first week in the region, 39 crew members â€“ roughly half the crew â€“ were killed in a conflict with the Krowtonan Guard. The Krowtonan Guard claimed that the Equinox had violated their borders, but Captain Ransom gave the order to continue through their space. The decision would haunt Ransom for the rest of his life.