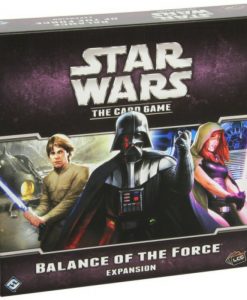 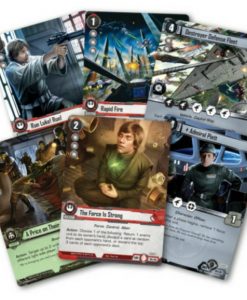 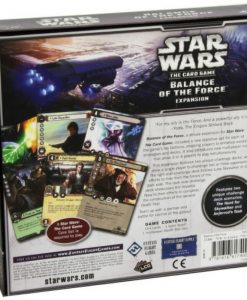 Star Wars: Balance of the Force

Balance of the Force is a deluxe expansion of 154 cards that adds two multiplayer formats to Star Wars. The Card Game, as well as new objective sets. Combined with the gameâ€™s Core Set, Balance of the Force allows players to pair up for two-versus-two competitions or play games in which up to three players can join forces against one of the expansionâ€™s two challenge decks, Jerjerrodâ€™s Task and The Hunt for Skywalker.

Itâ€™s time to assemble your strike team. With new rules and 154 new cards, Balance of the Force, the second deluxe expansion for Star Wars: The Card Game, introduces two new multiplayer formats and powerful new objective sets for each of the gameâ€™s six affiliations.

The gameâ€™s new two-versus-two format allows you to team up with a friend against a pair of opponents. The challenge deck format allows as many as three players to join forces in order to confront the imminent threat posed by a single, powerful rival. Or you can explore the powerful new units and tactics enabled by the expansionâ€™s six new objective sets. By adding Balance of the Force to your Star Wars: The Card Game collection, you donâ€™t just populate your Star Wars galaxy â€“ you expand it!

Be the first to review “Star Wars: Balance of the Force” Cancel reply