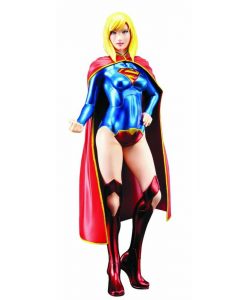 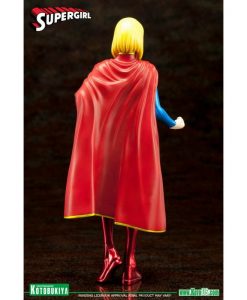 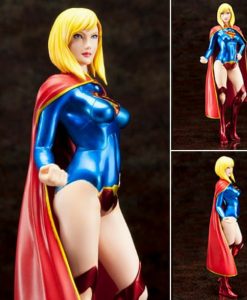 Supergirl #1 was one of the New 52, and featured a new origin for Kara. In this new continuity, Kara`s ship lands as part of a meteor shower in Smallville, Kansas, but Kara`s ship travels through the Earth`s crust and Kara emerges in Siberia. Kara has no memory of the destruction of Krypton, and she believes she is dreaming. Her arrival is tracked by the military, and she is immediately attacked by a group of American soldiers in mech suits. She fights them as her powers suddenly start emerging as the fight goes on, terrifying Kara, who has no idea what is happening. She defeats the soldiers, and then Superman arrives. Superman tries to convince Kara that he is her cousin but Kara, still believing only 3 days have passed since she last saw baby Kal, accuses him of being an imposter and attacks him. They fight until Kara throws Superman through the Great Wall Of China. Superman refuses to fight her, as now they will be putting innocents at risk. When Kara realizes how close she`s come to hurting innocent people, she also stops fighting.

A Kotobukiya Japanese import.
Kara wears her iconic costume as reinterpreted in the New 52 comic series.
She has magnets in her feet for perfect stability on her included display base.
Sculpted by Atelier Bamboo.
Statue stands nearly 8 inches tall.