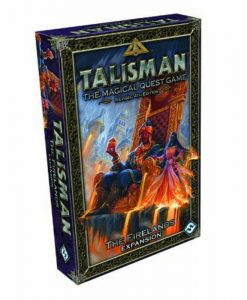 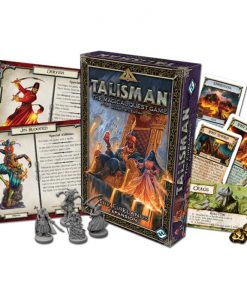 A new peril erupts in the realm with The Firelands expansion for Talisman Revised 4th Edition.The legendary Ifrit have returned to exact fiery vengeance on the land of Talisman. The Ifrit’sinferno will char the land, burning away players’ resources and setting entire regions ablaze. Players must race to battle this terrible threat, since only the Crown of Command can trulyextinguish the Ifrit’s flames. Only the greatest of heroes will rise from the flames to completethe quest across The Firelands.

Be the first to review “Talisman: The Firelands Expansion” Cancel reply