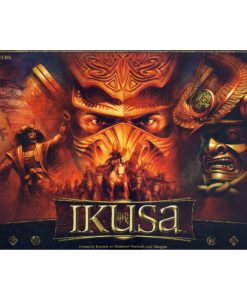 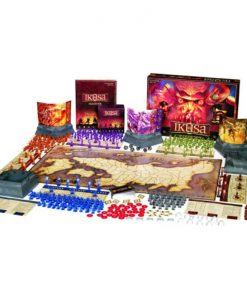 Wizards of the Coast IKUSA Game

Wizards of the Coast IKUSA Game

Product Description
Sweep Across the Land and Secure Your
Empire! It is the sixteenth century in feudal Japan where war rages across the
land. Amid the chaos and conflict you have risen to power as one of five
warlords mighty enough to conquer and control the whole empire. Your victory
depends on how expertly you extend your domain while defending it from your
enemies. Send your daimyo leaders samurai and ashigaru warriors into battle to
seize new provinces and lay siege to castles. Spend your hard-won treasury on
building fortifications and bolstering your forces with ronin and ninja. Prove
the strength of your strategy defeat your rivals and earn the exalted title of
Shogun!