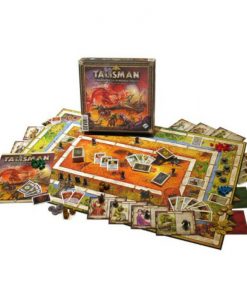 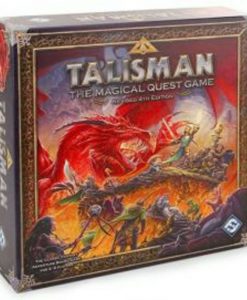 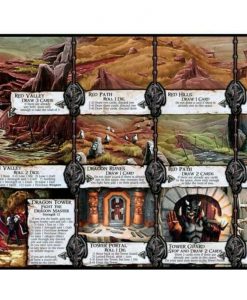 In Talisman, youâ€™ll embark on a perilous quest for the ultimate treasure, the legendary Crown of Command. Youâ€™ll choose the warrior, priest, wizard, or one of eleven other heroes with powers both magical and mighty, and youâ€™ll race your opponents through a perilous realm. Each player will roll a die to determine his movement around the regions of the board, where he will encounter dangerous foes and claim powerful rewards, all in preparation for his final climactic test.

But for those unfamiliar with this classic world of fantasy adventures, Talisman is a game like no other â€“ indeed, it is no ordinary game at all, but a fantastic quest in a world of magic and monsters. As play progresses, a story unfolds from turn to turn: a heroic epic of brave deeds, of daring encounters, of treasures and magic, of battles fought and sometimes lost, but always a tale that challenges and enthrals!

Talisman – The Magical Quest Game has been enticing gamers since 1983, and this latest revised 4th edition has beautifully upgraded components with all the adventure and appeal of the original. 18 plastic figures replace the stand-ups from the last edition, and a new section of Alternative Rules For Speedy Play helps condense a normal 4-hour game time to around 90 minutes. Whichever rules you adopt, the object and mechanics are the same. You control a Character with unique abilities, and move about the board encountering Characters, Objects, Monsters, and other surprises. Gain treasure as you build up Strength, Craft, and Lives–and find the Talisman that will allow you to pass through the Valley of Fire and reach the Crown of Command.