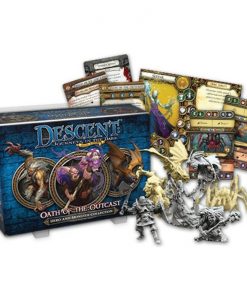 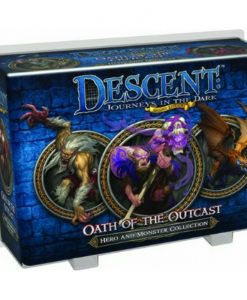 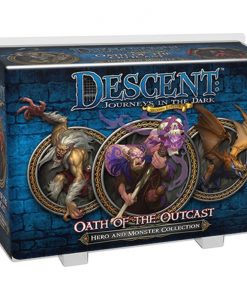 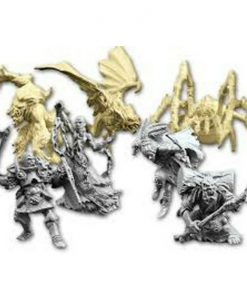 Unlock a host of veteran heroes and monsters with Oath of the Outcast, a Hero and Monster collection for Descent: Journeys in the Dark Second Edition. Oath of the Outcast contains four updated, fan-favourite heroes, as well as three monster groups previously only available in the first edition of Descent. Moreover, this expansion contains two all-new quests, Oath of the Outcast and Prison of Ice and Lies, that invite you to save a missing guardian and prevent the reanimation of a host of undead warriors.