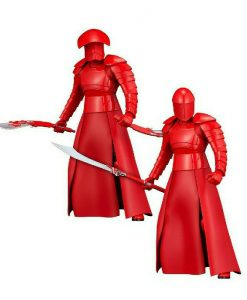 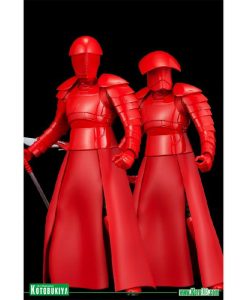 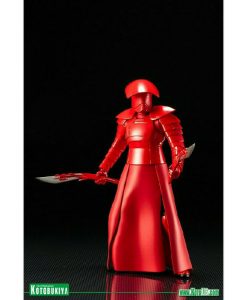 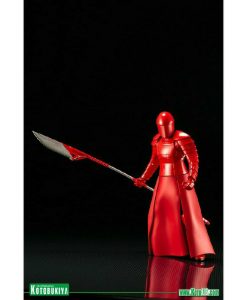 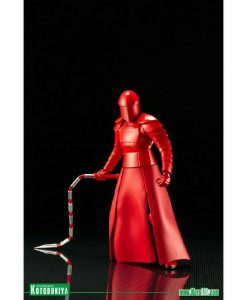 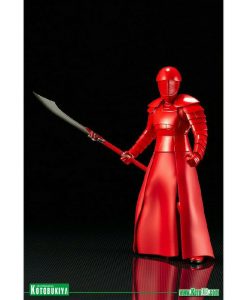 Star Wars ARTFX+ Statues bring you all of the quality and detailing that you expect from an ARTFX release in a great smaller scale perfect for collecting! The series has already brought you amazing heroes, villains, and troopers from the classic trilogy and beyond, and now you can collect characters from Star Wars Episode VIII: The Last Jedi.

Following up after the First Order Stormtrooper Executioner is a troop builder pack of Supreme Leader Snoke’s bodyguards in the ELITE PRAETORIAN GUARD 2-PACK! In the tradition of previous robed guardians like the Senate Guard andEmperor Palpatine’s Royal Guards, the Praetorians are highly skilled fighters trained to a superhuman level. These red armored guards focus specifically on melee combat, and they utilize various weapons which they brought to bear against Kylo Ren and Rey in the latest film. The ARTFX+ Praetorian Guards are clad in their ornate bright red armor and robes and come with a dazzling array of interchangeable parts for you to customize their look and your display. The two figures come with three types of helmeted heads, two styles of arms, and no fewer than six types of melee weapons (including different weapon configurations)!

ARTFX+ Statues are fun-to-assemble pre-painted snap-fit kits that can be put together easily in seconds without glue or modeling skill. The Elite Praetorian Guards stand over 7 inches tall (1/10th scale), and magnets in their feet provide perfect stability on the included metal display bases. Collect multiple sets to form your entire eight-man Guard force, and display them alongside other great The Last Jedi ARTFX+ Statues from Kotobukiya!