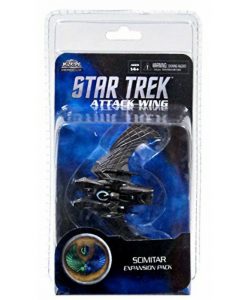 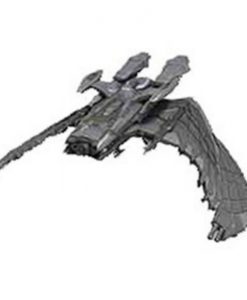 The Reman warbird Scimitar was a massive, heavily-armed warship. It was constructed under the command of Shinzon as part of a secret plot to overthrow the Romulan Senate, defeat the United Federation of Planets, and liberate the subjugated natives of Remus.This expansion comes with one new ship and a new set of cards for Star Trek: Attack Wing.Scimitar Romulan Expansion Pack is part of the Wave 9 expansion packs from WizKids Games.