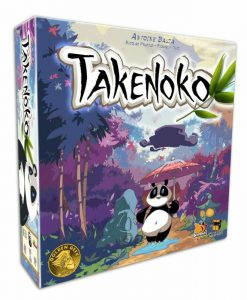 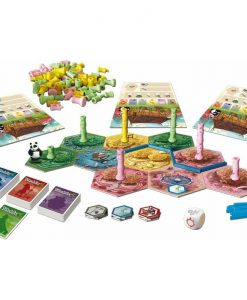 Product Description The players take the role of courtesans of the Nippon emperor. They take care of his Giant Panda by growing a bamboo plantation. A long time ago at the Japanese Imperial court the Chinese Emperor offered a giant panda bear as a symbol of peace to the Japanese Emperor. Since then the Japanese Emperor has entrusted his court members (the players) with the difficult task of caring for the animal by tending to his bamboo garden. In Takenoko the players will cultivate land plots irrigate them and grow one of the three species of bamboo (Green Yellow and Pink) with the help of the Imperial gardener to maintain this bamboo garden. They will have to bear with the immoderate hunger of this sacred animal for the juicy and tender bamboo. The player who manages his land plots best growing the most bamboo while feeding the delicate appetite of the panda will win the game. 2-4 players Ages 13 45 mins playing time A modular board to keep games fresh every game, The perfect balance between tactics and theme 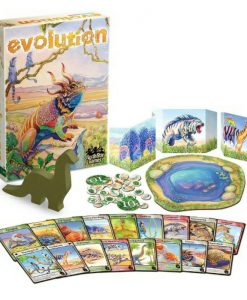