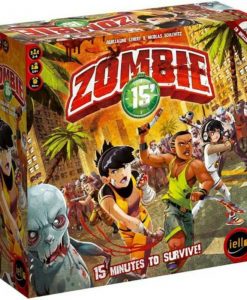 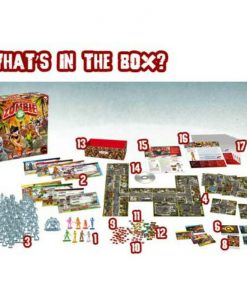 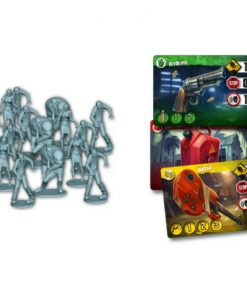 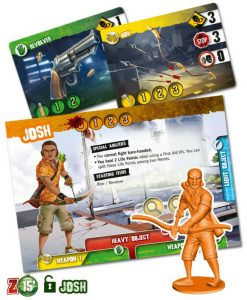 In an apocalyptic world in which everyone over the age of 18 has turned into a bloodthirsty, flesh-hungry zombie and most youngsters have been served as meat to quell their elders’ appetite, a small team of kids and teenagers tries to survive on their own. As part of that small group of survivors, you must unite to escape the relentless horde of undead. Run across town to find shelter or food, hold a strategic position, meet with new survivors, and discover the truth about this terrible and mysterious disease!

Zombie 15′ is a frantic, scenario-based survival game in which time is scarce and cooperation is key. The game features easy rules but real choices to be made as quickly as possible if you don’t want to get overwhelmed by zombies!

Zombie 15′ features a team of 15-year-old teenagers; a 15-minute soundtrack to give each game its tempo; a 15-scenario, progressive campaign; and much more than just 15 zombies…

Take control of a team of 15-year-olds trying to survive a Zombie apocalypse
Fight through 15 scenarios in a progressive campaign
A 15 minute soundtrack paces the action
Many, many, more than 15 zombies…!

Be the first to review “Zombie 15” Cancel reply