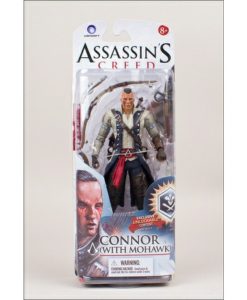 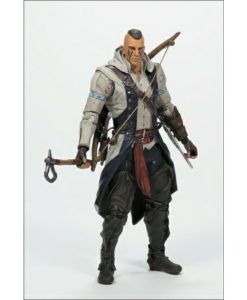 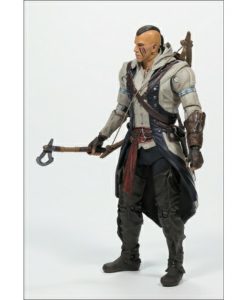 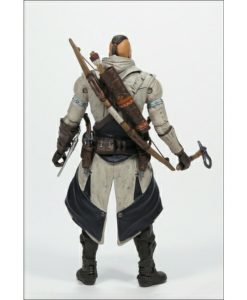 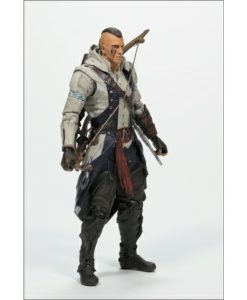 After killing his Templar nemesis in the final act of Assassin’s Creed III, the Assassin known as Connor began to reject both American and British culture, embracing his Mohawk origins. To show his stern change of philosophy, Connor buried his hatchet in the pillar of Davenport Manor, shaved his hair into a Mohawk, and applied war paint to his face. Our updated version of Connor features an all-new head and hood sculpt to capture the fierce new look of this vengeful Assassin. Figure includes Tomahawk, Bow & Arrows, Pistols, and a code to unlock Connor Avatar and 20 Uplay points.
*Access to all unlockable content may require a valid Uplay account (ages: 12+/14+), AC Initiates account and high speed Internet. Subject to change without notice