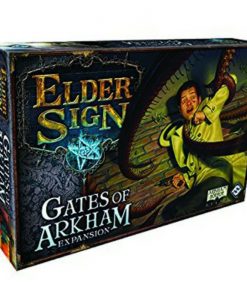 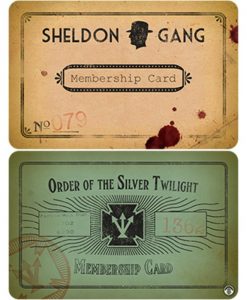 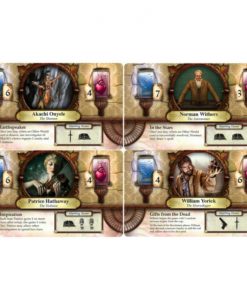 The search for elder signs leads you out of the museum and into the legendary and cursed city of Arkham in the Gates of Arkham expansion for Elder Sign. A new deck of Arkham Adventure cards replaces the core set deck and completely transforms the game, taking you to infamous locations such as Velma’s Diner, the Curiositie Shoppe, and the Uninvited Isle. Meanwhile, gates to Other Worlds are opening throughout the city, destabilizing time and space as new Ancient Ones threaten humanity. Join forces with eight additional investigators, using new skills and memberships to find the enduring advantages you need to survive Arkham’s rough streets – and prevent the Ancient Ones from awakening.

Be the first to review “Elder Sign: Gates of Arkham Expansion” Cancel reply