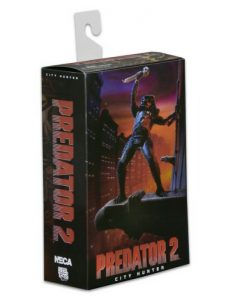 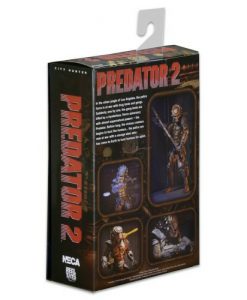 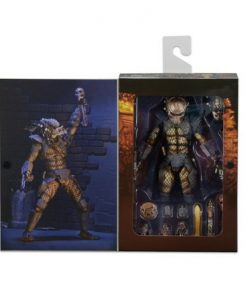 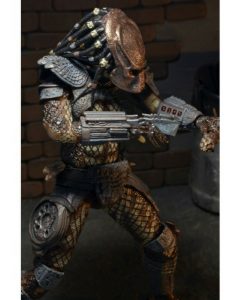 At long last, the classic Predators are back â€“ and with some huge upgrades! From the 1990 film Predator 2, we present the definitive collectorâ€™s version of the City Hunter. The action-packed sequel to the original movie moved the hunt to Los Angeles, where even on the streets, the Predator stalks his prey with deadly precision.
The chilling creature has received â€œUltimateâ€ treatment, including additional articulation in the biceps (bicep swivels), elbows (double elbow joints) and torso, plus an opening gauntlet! Comes with 2 interchangeable heads and 5 hands, plus bloody skull and spine, smart disc, removable net launcher, cannon blast effect, collapsed spear and extended spear. Collector-friendly deluxe window box packaging with opening flap.