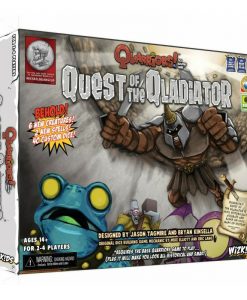 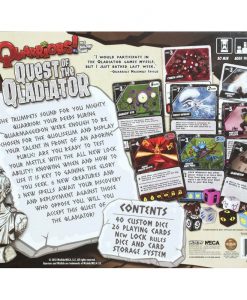 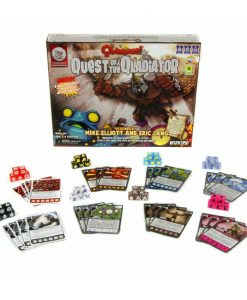 Quarriors Quest of The Qladiator Expansion

Quarriors Quest of The Qladiator Expansion

Quarriors! Quest of the Qladiator is the third expansion for Quarriors!, you have been selected to compete in the Qladitorial Games! Quadrennially, Empress Quiana calls together the mightiest Quarriors across the land to compete in the great Quolosseum. Will you defeat all other competitors for the greatest Glory? Quarriors! Quest of the Qladiator adds forty new custom dice powering six new creatures and two new spells, in addition to a new “Lock” mechanism that allows some creatures to have long-lasting game effects.

Behold, 6 new creatures and 2 new spells!
This is an expansion and requires the base game to play
Playing time: 30 mins
Ages 14 +
2-4 Players