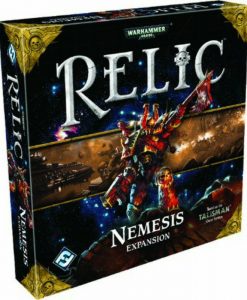 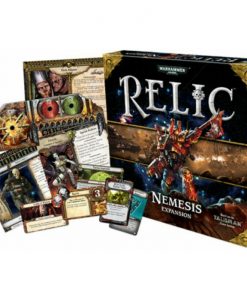 Nemesis is the first expansion for Relic, and introduces player-versus-player combat to the Relic board game. As players struggle to determine the destiny of a crucial segment to the Imperium’s far-flung border, they gain the option to assume the role of one of the Imperium’s most dangerous enemies a blood-crazed Khorne Berserker, a cunning Eldar Exarch, a savage Tyranid Bloodlord, or a seductive but lethal Champion of Slaanesh. Relic Nemesis further tempts the Imperium’s boldest defenders with new wargear and relics.

Be the first to review “Relic Expansion: Nemesis” Cancel reply