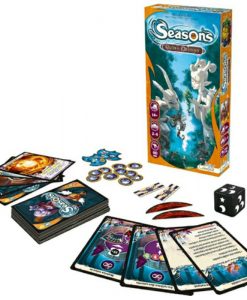 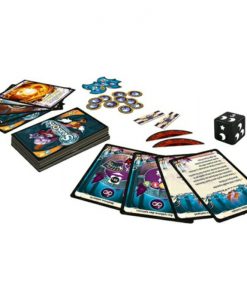 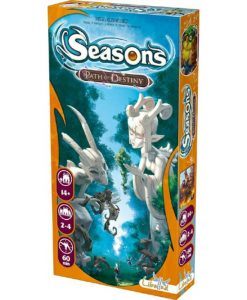 Seasons: Path of Destiny is the second expansion for the board game `Seasons`.

Come, Mage, and see your destiny!

Deep in the Forest of Argos, the struggle rages on between the Kingdomâ€™s most powerful sorcerers, each convinced of their glorious destiny.

Making their burning desire a reality will require bravery and determination. However, destiny is a fickle mistress…

Play with 20 new Power cards (2 copies of each card) like the dangerous Argosian Tangleweed, the powerful Chalice of Eternity or the mysterious Sepulchral Amulet!

Discover 10 new Enchantment cards and create new strategies. Use the die of Destiny to win the game…if you make the right choice !

Be the first to review “Seasons: Path of Destiny” Cancel reply