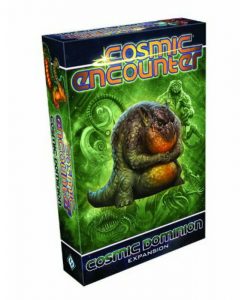 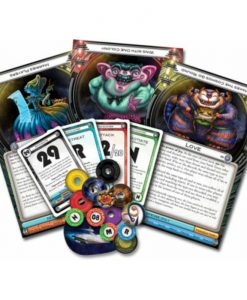 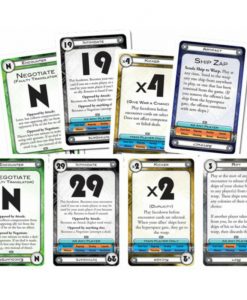 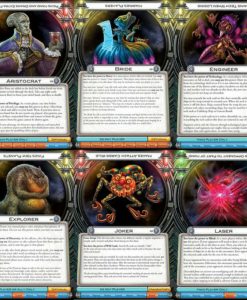 The fifth expansion set for the Fantasy Flight Games version of Cosmic Encounter, Cosmic Dominion has the unique distinction of having been designed and developed by the fan base of Cosmic Encounter, comprising nearly two years of collaboration on both Facebook and BGG.

Cosmic Dominion adds 30 new aliens to the FFG canon. These will include a few favorite classics from the good old days, with a large number of new alien powers contributed by a wide variety of fan designers.

The set also includes a brand-new Reward Deck that can stand alone or be mixed with the one in Cosmic Incursion, but that is composed almost entirely of new cards, many with interesting twists on standard ones.

Finally, included are special “Special Ship Markers” that can be used for a variety of variants, with some included in the rulebook to start you off.