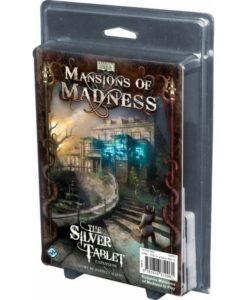 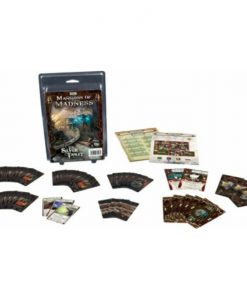 Mansions of Madness The Silver Tablet

Mansions of Madness The Silver Tablet

A promising professor has absconded with university property, an ancient and mysterious silver tablet. Now you`ve been hired to search her manor for clues to her whereabouts… all while treating the matter with the utmost discretion. But what darker secrets does the tablet hold and why did Professor Wolcott cut off all communication with the outside world. The Silver Tablet is a Print on Demand story expansion for Mansions of Madness! This gripping story tasks players with solving the horrifying mystery behind an ancient artifact… all while resisting its sinister powers. Note: Due to variations in the printing process cards from Print on Demand expansions will be subtly different in appearance and texture from base game cards. For this reason 28 of the 58 cards in this expansion are reprinted from the base game to retain a consistent appearance when shuffled and 30 are unique to The Silver Tablet.