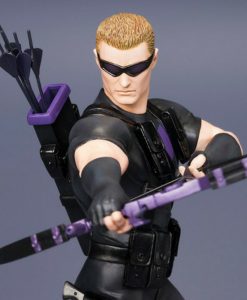 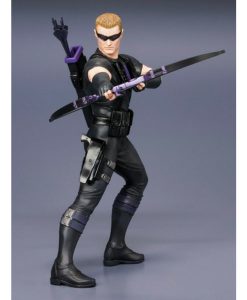 Hawkeye stands in an action pose, ready for battle with his bow in hand.
While Hawkeye has no superhuman powers, he is at the very peak of human conditioning; he is an exceptional fencer, acrobat and marksman.

Hawkeye now joins the Hulk, Captain America and the rest of the Avengers in this impressive series of statues based on the artwork of Adi Granov !

Hawkeye stands in an action pose, ready for battle with his bow in hand. The character is reproduced 19cm tall in 1/10 scale, and features magnets embedded in his feet for extra stability on the included display base.

Display alone or along, or of course as it is highly recommended with the rest of the “Avengers Now!” team !