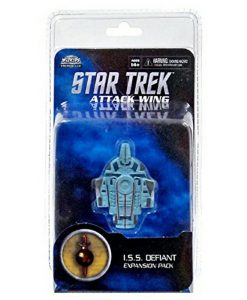 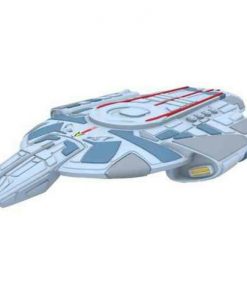 The ISS Defiant was a Terran Defiant-class warship that was in service to the Terran Resistance Forces in the latter half of the 24th century. The Defiant was constructed and launched in 2372 by the Rebellion at Terok Nor, in orbit of the planet Bajor. The Defiant’s design was based on specifications “acquired” from Deep Space 9 in 2371.This expansion includes one new ship and a new set of cards for Star Trek: Attack Wing.The ISS Defiant is part of the Wave 9 expansion packs from WizKids Games.