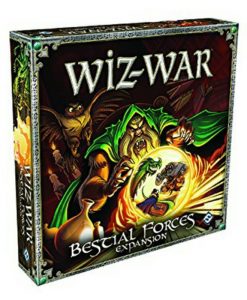 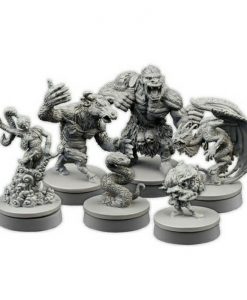 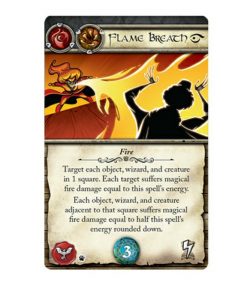 In the Bestial Forces expansion for Wiz-War, a horde of new creatures bursts into the magical labyrinth. Wizards gain three new schools of magic and can summon six different creatures, each with unique powers. Summon a watchful Drake, wield potent relics, or affect entire sectors with totem magic. Whether players draw upon the spirits of the Totem school, summon the creatures of the Mythology school, or take on the power of dragons with the Draconic school, the duels of Wiz-War are about to change forever!

Be the first to review “Wiz-War Bestial Forces:” Cancel reply