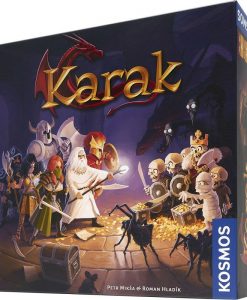 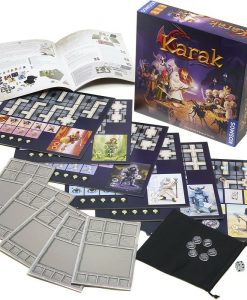 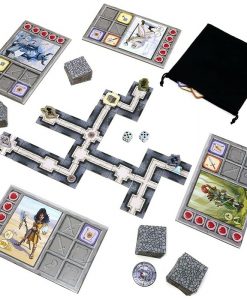 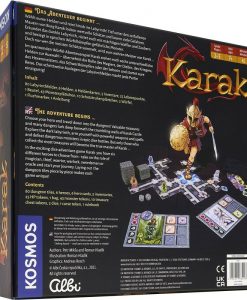 What lies beneath the crumbling walls of Karak castle? A labyrinth full of treasures…and monsters! Six brave adventurers are going in there for a fortune waiting to be claimed, each one of them with a different trick up their sleeve — but the treasure chests are locked and monsters are everywhere. Who will outsmart their opponents, beat the monsters, and seize the dragon’s gem?

In Karak, a.k.a. Catacombs of Karak, each player leads one of six different characters into the labyrinth. Tile by tile, they uncover what the labyrinth looks like, and it will differ on each playthrough. They have to equip themselves with weapons and spells, fight monsters, and (most importantly) collect treasure. The player with the most treasure at the end of the game wins — a true champion of Karak!