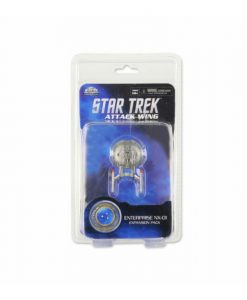 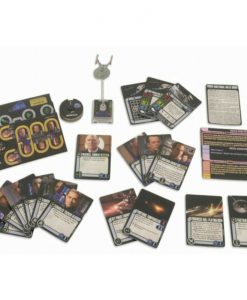 One of the most important starships in interstellar history, Enterprise (NX-01) is the culmination of the NX Project. The NX-01 is the first NX-class starship, launched by the United Earth Starfleet in 2151. Enterprise established United Earth as a legitimate interstellar power and caused a wholesale revolution in Alpha and Beta Quadrant politics, paving the way for the creation of the Coalition of Planets in 2155, and eventually the United Federation of Planets in 2161.The Star Trek: Attack Wing – Enterprise NX-01 Federation Expansion Pack is part of the seventh wave of expansion packs for Star Trek: Attack Wing.