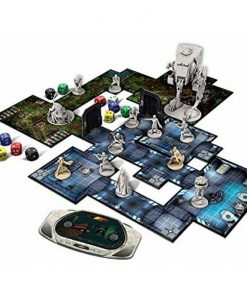 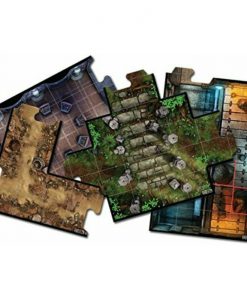 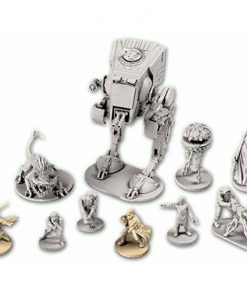 Enter the classic Star Wars saga and vie for the fate of the galaxy in the dramatic ground conflicts of Imperial Assault, a board game of tactical combat and adventure for two to five players! This game introduces two complete play experiences – a campaign game and a skirmish game. In a campaign, one to four players play heroes of the Rebellion, engaging in cinematic missions and battling the Imperial armies under the command of a single player. The skirmish game, on the other hand, allows two players to muster strike teams and battle head-to-head in Imperial bases, the jungles of Yavin 4, and other cinematic Star Wars environments.

Enjoy two complete games in the Star Wars universe – the campaign game and the skirmish game
Play as a hero of the Rebellion, or command limitless squads of stormtroopers, Imperial officers, and massive AT-ST walkers
A thrilling campaign contains over thirty missions, ensuring that the campaign is never the same
Muster a team of soldiers and iconic characters in skirmish mode and battle over crucial objectives
Includes bonus Luke Skywalker Ally Pack and Darth Vader Villain Pack